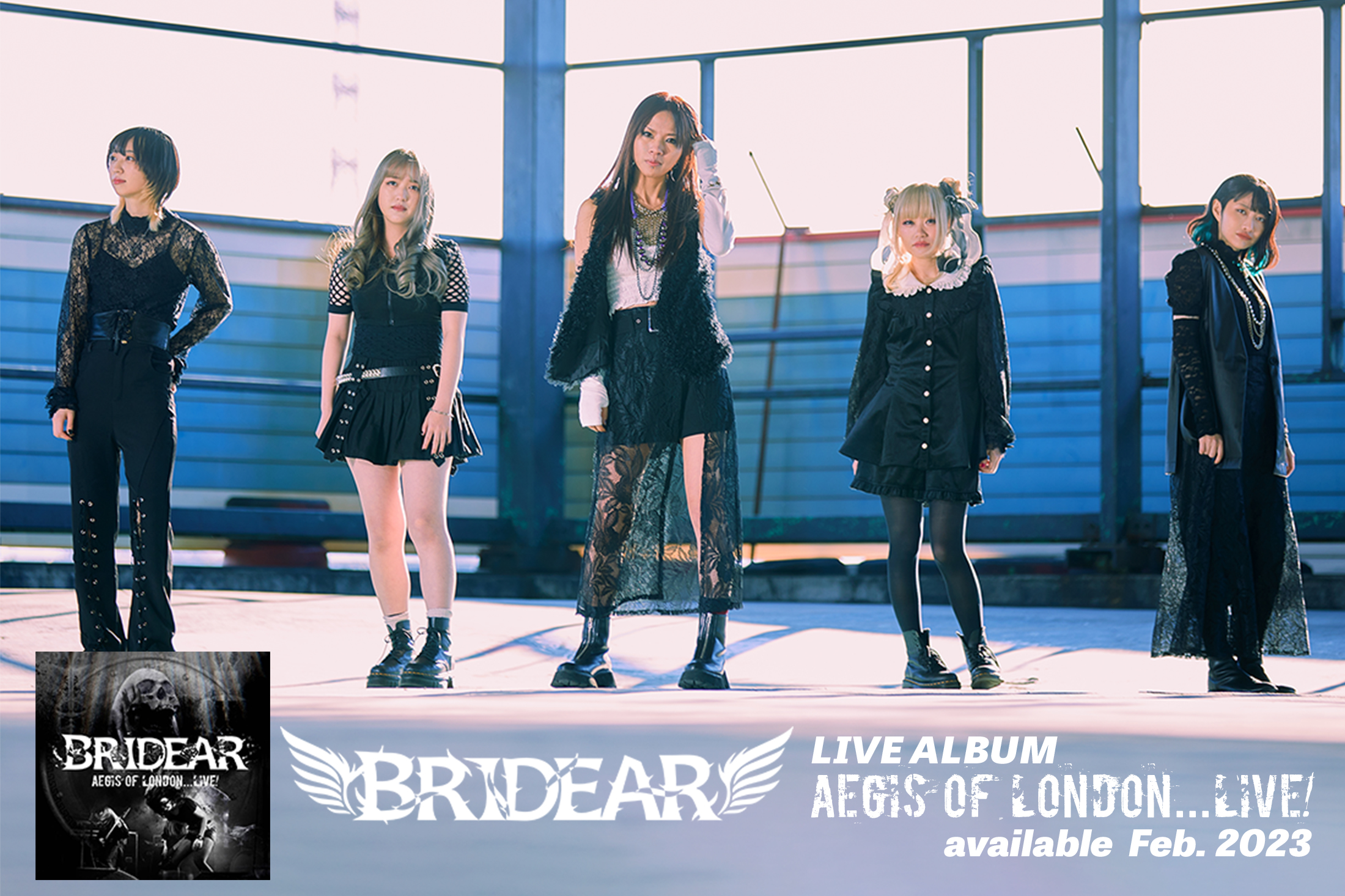 2021/06/04 UPDATE
We have started a youtube membership called Bloody Bride!

2021/03/03 UPDATE
UK/EU SETSUZOKU RECORDS will announce the album cover and tracks for the UK/EU version of Bloody Bride.

【2016年】
BRIDEAR did Europe tour for the first time. After that, they did tours twice in 2017 and once in 2018, a total of four tours. After 50 performances in 11 countries, BRIDEAR has established their status as a popular band in Europe.

BRIDEAR released 1st FULL ALBUM『BARYTE』! It recorded good sales. BRIDEAR started to be attracted attention in Japan at the same time, and they did solo concert in Tokyo, Osaka, and Nagoya in 2017 and 2018.

【2018年】
MISA(Gt) left the group and MISAKI(Gt) joined the group as a new member. After she joined, solo Tomeihan tour called “MARCASITE” was started. The DVD called “2018 MARCASITE” of the performance at RAD HALL on this tour was released.

【2019年】
MITSURU(Gt) ,KAI(Ds) left the group. AYUMI(Gt) and NATSUMI（Ds）joined the group as new members. BRIDEAR participated event called “METAL MATSURI” in London in October with this member. In December, the first major full album titled “Expose Your Emotions” was released from avex.